Are there unnoticed leadership talents lurking in your team? 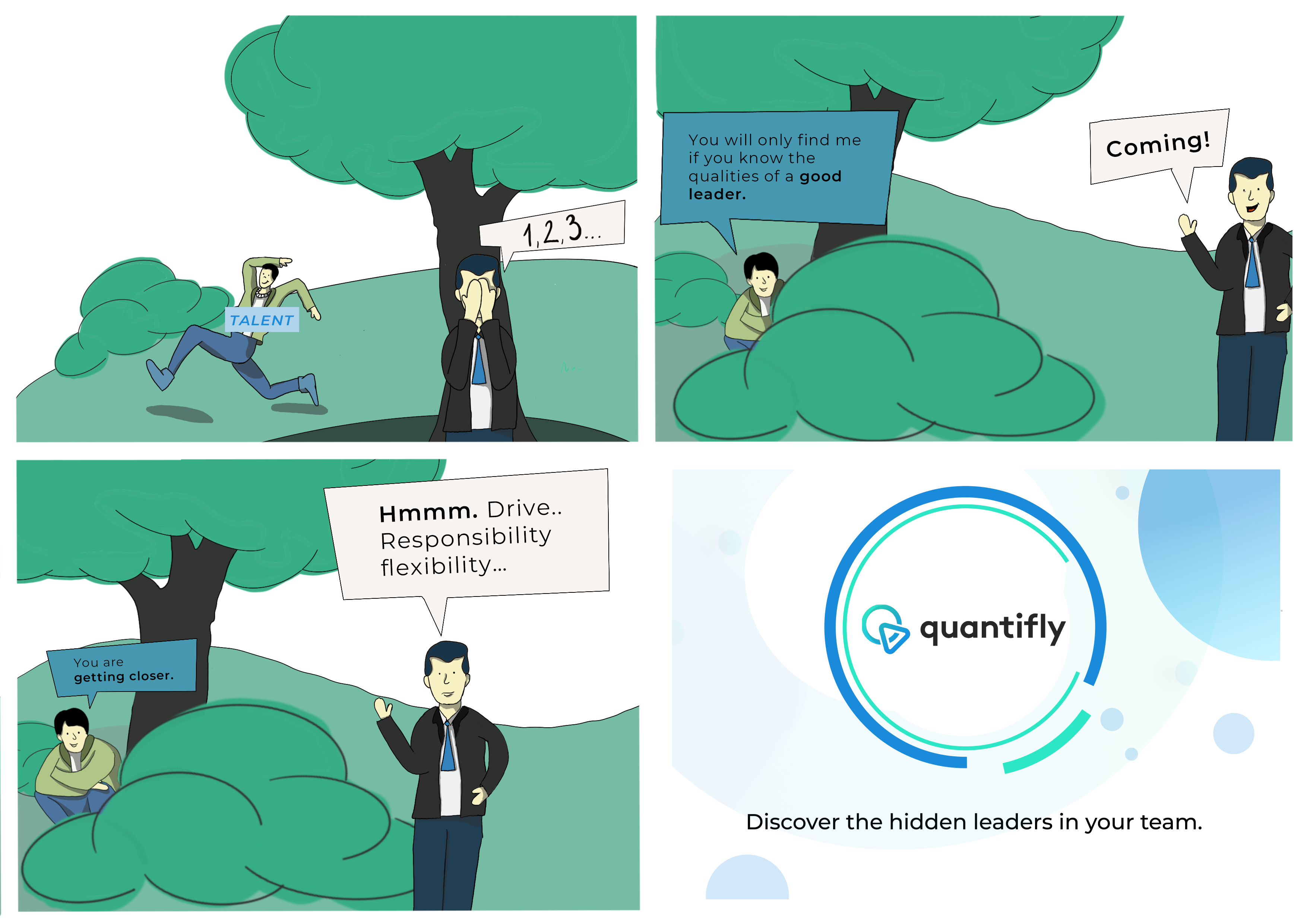 What makes a good leader?

‍The ability of an individual to lead a group of people toward a common goal has been the subject of interest, study, and research for centuries. Different authors have analyzed the characteristics, traits and competencies of good leaders from different angles. Different views are reflected in the professional literature in various classifications, names and definitions of the characteristics of an individual who is recognized as a “good leader”.

The analysts at cirriosoft LLC did their research and studied dozens of different authors of psychological articles, searching for the common characteristics that define a great leader; an individual, who is able to lead people towards a common goal, organize work and whom other team members recognize as their leader.

In our research, we focused mainly on two data segments, which are measured with the quantifly tool. The social roles that co-workers most often attribute to the manager (roles) and the personality traits (competencies) that are also attributed to the manager by co-workers.

The following characteristics most often appeared in professional literature as traits of a good leader: intelligence (both emotional and cognitive), ability to establish interpersonal contacts, sociability, creativity (both for ideas and work, as well as for guiding and motivating employees), ability to communicate clearly and empathy.

According to the analyzed authors, a good leader is also someone who knows how to analyze and correct both their own mistakes and the mistakes of their subordinates. They are able to recognize these mistakes, articulate them properly and suggest a proper solution. Moreover, they have authority and are dominant, but both stem from competence, not authority per se. They listen to others and give clear instructions. It is important that their actions set a good example for others and that they are able to effectively plan out the work processes.

In their research, Whetten and Cameron also identified appropriate verbal communication, effective time and stress management, motivating others and problem-solving skills as interesting competencies for managers.

In addition, components that stand out the most are high self-confidence, adaptability and stress management. Those are at the same time important components of high emotional stability.
‍

Management competencies, measured by the quantifly tool and professional justifications:

‍‍
1. A good leader is driven (one of the so-called leadership competencies).

Quantifly: the “drive” competence represents the tendency of an individual to be proactively   willing to invest extra time and effort into their work by doing everything necessary to complete the tasks and achieve their goals.  People with a high grade in this competence are hardworking, diligent, proactive and goal-oriented. There is also a strong correlation with the role of someone who regularly achieves the set goals; achiever.

Support in literature: the drive competence is a complex concept that includes achievements, motivation, ambition, energy, perseverance and initiative. We measure all of those aspects with several questions to see how driven a certain person is. Professional support should be sought from Fakin (who otherwise calls the identical concept “perseverance”), as well as from several other authors who emphasize one or more aspects of this competence more clearly. ‍

2. A good leader is responsible.‍

Quantifly: the “ownership” competence represents the tendency of an individual to take responsibility for their tasks, as well as the success or failure of their team. People with a high grade in this competence do not blame others for their own mistakes, do not look for excuses and are usually goal-oriented as well.

Support in literature: it stems from the so-called “Big Five” theory, in which executives are characterized primarily by extraversion and conscientiousness, which coincides with our so-called “ownership”. There are also other authors like Fakin and Verdolin, J., Costa and McCrae, Dye and others who also highlight ownership as one of the key characteristics.

3. A good leader is inclusive.

Quantifly: the “inclusivity” competence represents the tendency of an individual to actively involve other team-members in their decisions and tasks. They take into account opinions and suggestions of different colleagues, while actively trying not to make anyone feel excluded. Individuals with a high score in inclusivity are usually team-oriented and the team spirit is equally or more important to them than achieving the goal. An inclusive leader is someone who takes care of a good team spirit and ensures that they achieve their goals together. There is also a correlation with the role of “coordinator”.

Support in literature: found in both Whetten and Cameron, as well as Verdolin, J.

4. A good leader is cognitively empathic.

Quantifly: this "empathy" trait of a leader represents their ability to empathize with the perspectives of other people, while being able to recognize, understand and take into account the emotional states of other team-members. At quantifly, we consider only the aspect of cognitive empathy, which states for taking perspective and understanding the emotional states. On the other hand, empathic concern or even excessive personal commitment is not the most favorable for leadership positions, since it interferes with making objective and emotionally neutral decisions.

5. A good leader is internally motivated and strives for self-improvement.

Quantifly: the “self-improvement” competence represents the tendency of an individual to actively seek ways for career and professional advancement and growth (ambition), as well as ways to personally develop and improve their competencies in various fields to achieve personal growth. It consists of two components; ambition and personal growth. Individuals with a high-grade in this competence tend to progress faster. There is also a significant correlation with the “ownership” competence.

Support in literature: mostly found in Verdolin, J, who recognizes a leader’s tendency to achieve high standards as one of the key characteristics of a good leader.

6. A good leader has a high tolerance for stress.

Quantifly: the “resilience” competence represents the tendency of an individual to tolerate stress well and to be able to deal with critical situations in a calm and clever manner.

Support in literature: high tolerance for stress has been recognized as one of the key characteristics by almost all of our analyzed authors.

7. A good leader is flexible.

Quantifly: the “adaptability” competence measures an individual’s ability to adapt their opinion, behavior and approach according to the given facts and circumstances in the event of a change.

Support in literature: adaptability is also recognized as one of the key competencies of most of the authors discussed, with special emphasis on Whetten and Cameron, as well as Verdolin, J.

8. A good leader knows how to communicate effectively.

Quantifly: the “communication” competence represents the tendency of an individual to communicate effectively and being able to adapt their way of communication according to the addressee and the circumstances. It consists of components public speaking and individual communication, and it also includes the ability to communicate abstract / complex ideas in an understandable way.

Support in literature: the ability to communicate effectively, with all its diverse aspects, is recognized as a characteristic of a good leader in the publications of every analyzed author.

We relied on Belbin’s team roles in designing the quantifly 2.0 questionnaires. In the next version of our questionnaire (3.0), the set of applications will be based on a new theoretical construct, which also covers the negative aspects of social roles. This modification will increase the practical applicability of the captured data and also the obtained results.

However, our analysis of the relevant professional literature shows that leaders play different roles in different contexts - partly depending on the nature of the goal that the team is pursuing. The most frequently exposed roles are the achiever and the coordinator, which we have already mentioned. Otherwise, in the context of an unstable team or situation (e.g., start-ups or companies facing rapid change), the most emphasized roles are achiever, visionary, connector and strategist, while in more stable contexts the roles of strategist and perfectionist are the ones that stand.
‍

The quantifly tool is also structured in this way. In assessing the leadership potential of different employees, we take into account their results in all of these competencies, and combine them into a category called “leadership ability". Our analysis captures and processes the data, based on which it assigns each of the respondents a numerically expressed leadership potential.

How often do individuals with high leadership potential, who are not formally leaders, lurk unnoticed inside of teams?

So far, at least one such individual has been hiding in each of the analyzed companies.

In most cases, these individuals are overly modest workers who prioritize their professional work despite the obvious fact that their team addresses them with questions concerning the organization of work, dispute resolution, etc.

In all cases, such individuals rated at least one standard deviation lower than their counterparts. Open-ended responses also showed that they enjoy high respect and reputation. In none of the companies did we perceive that the superiors would deliberately harass or disable such a “potential leader”.

Based on the above, we conclude that these employees should be actively encouraged to formally take over management positions or be explicitly empowered and informed that the team recognizes their high leadership potential. In this way, we enable them to grow and develop on a personal and professional level, helping the company to achieve even better results.

Lorber, M. (2010). Behavior, characteristics and competencies of managers in relation to the satisfaction and loyalty of nursing staff. Master’s thesis, Koper: University of Primorska, Faculty of Management Koper. 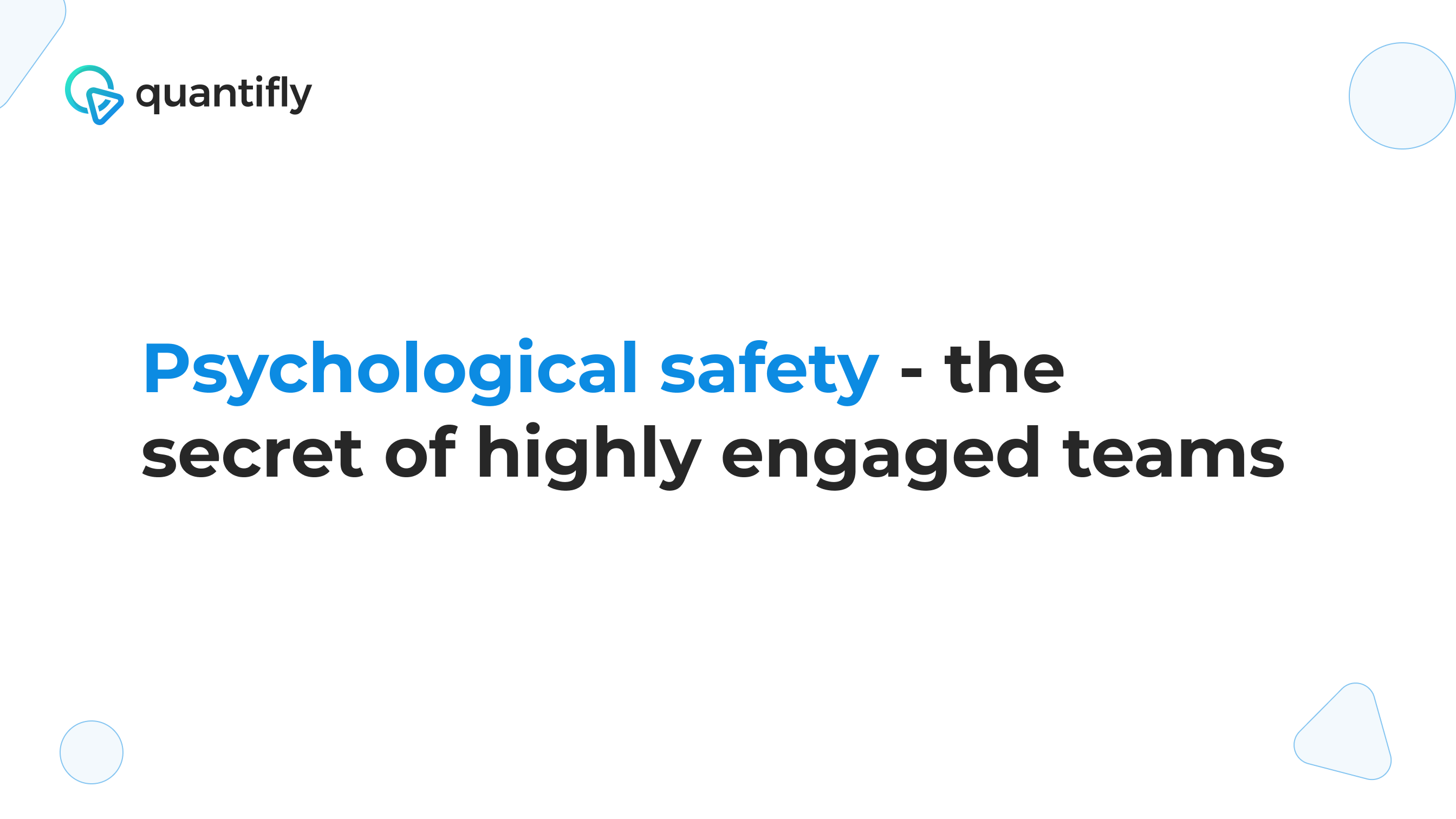 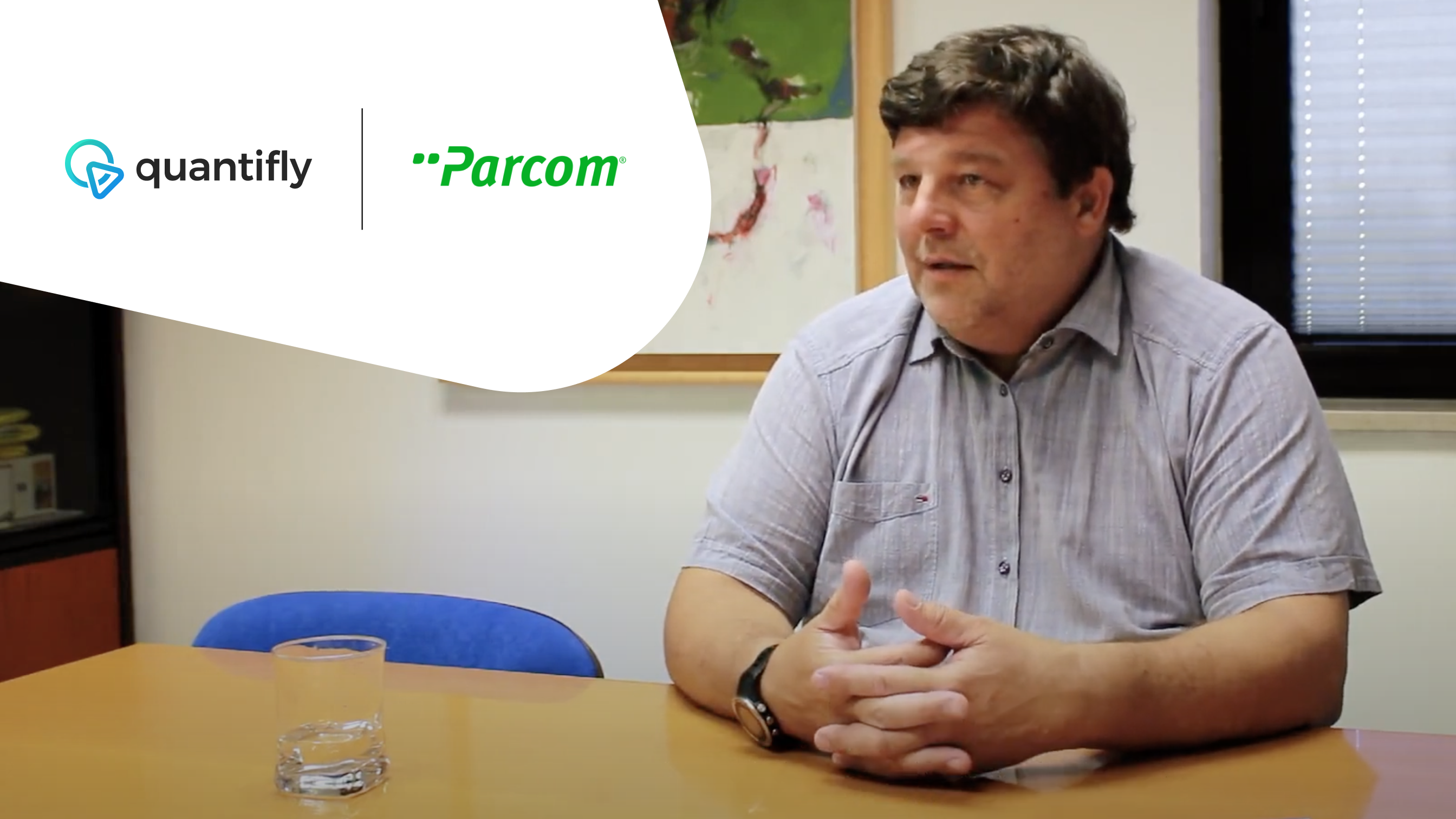 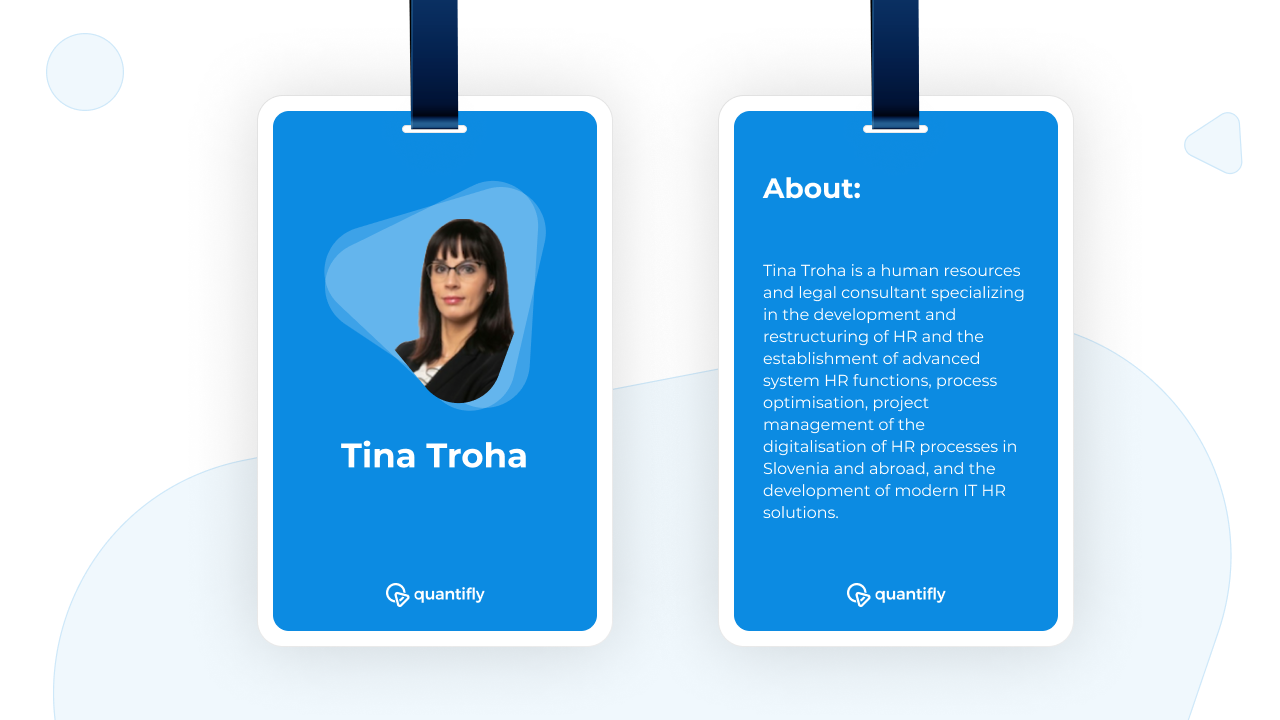